Quick answers to a few questions:

* Copies of Prince Lestat and/or The Vines must be purchased from Garden District Book Shop.

* Only one (1) additional title can be brought in to be signed. 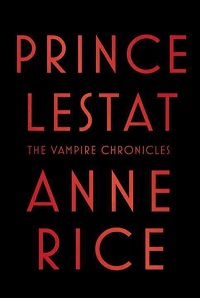 Prince Lestat:The novel opens with the vampire world in crisis…vampires have been proliferating out of control; burnings have commenced all over the world, huge massacres similar to those carried out by Akasha in The Queen of the Damned…Old vampires, roused from slumber in the earth are doing the bidding of a Voice commanding that they indiscriminately burn vampire-mavericks in cities from Paris and Mumbai to Hong Kong, Kyoto, and San Francisco.

As the novel moves from present-day New York and the West Coast to ancient Egypt, fourth century Carthage, 14th-century Rome, the Venice of the Renaissance, the worlds and beings of all the Vampire Chronicles-Louis de Pointe du Lac; the eternally young Armand, whose face is that of a Botticelli angel; Mekare and Maharet, Pandora and Flavius; David Talbot, vampire and ultimate fixer from the secret Talamasca; and Marius, the true Child of the Millennia; along with all the other new seductive, supernatural creatures-come together in this large, luxuriant, fiercely ambitious novel to ultimately rise up and seek out who-or what-the Voice is, and to discover the secret of what it desires and why… 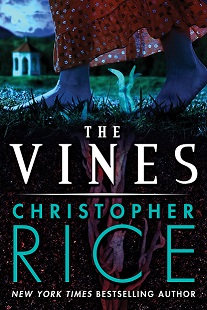 The Vines: The dark history of Spring House, a beautifully restored plantation mansion on the outskirts of New Orleans, has long been forgotten. But something sinister lurks beneath the soil of the old estate. After heiress and current owner Caitlin Chaisson is witness to her husband’s stunning betrayal at her birthday party, she tries to take her own life in the mansion’s cherished gazebo. Instead, the blood she spills awakens dark forces in the ground below. Chaos ensues and by morning her husband has vanished without a trace and his mistress has gone mad. Nova, daughter to Spring House’s groundskeeper, has always suspected that something malevolent haunts the old place, and in the aftermath of the birthday party she enlists Caitlin’s estranged best friend, Blake, to help her get to the bottom of it. The pair soon realizes that the vengeance enacted by this sinister and otherworldly force comes at a terrible price.

Anne Rice and Christopher Rice sign their books, Prince Lestat and The Vines, respectively. This is a ticketed event.