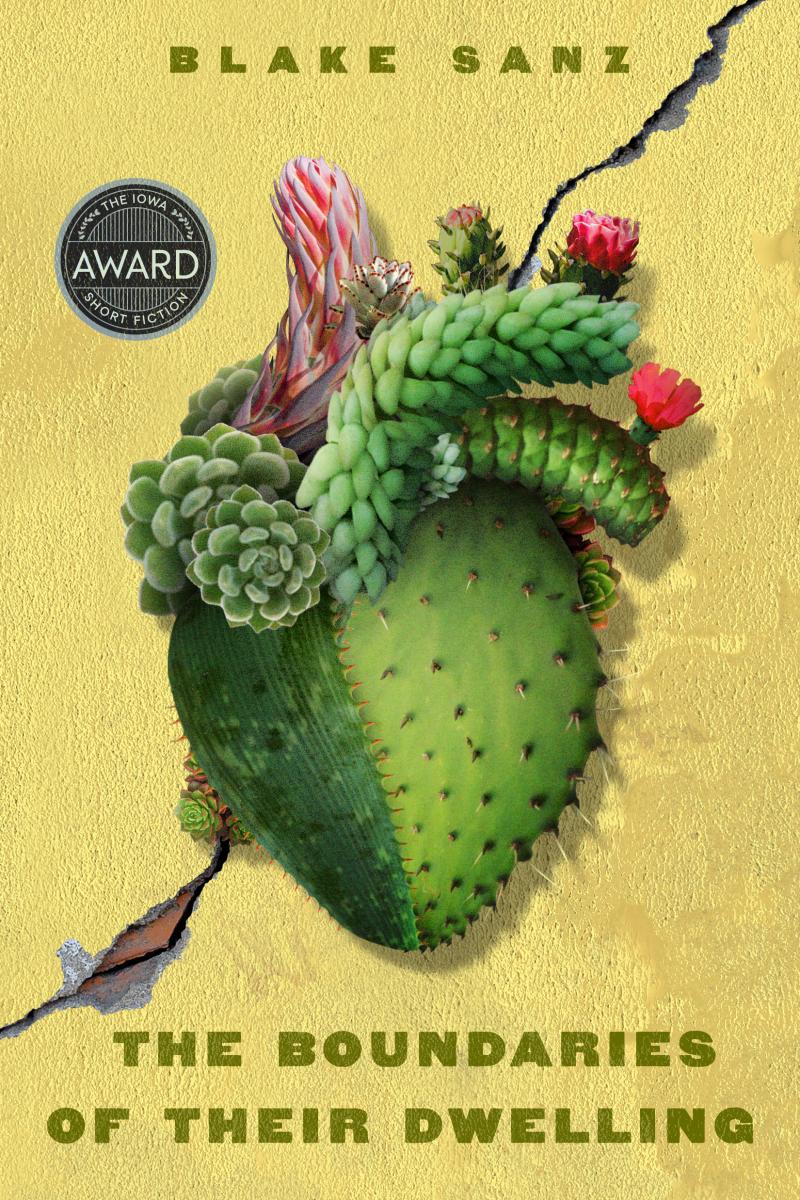 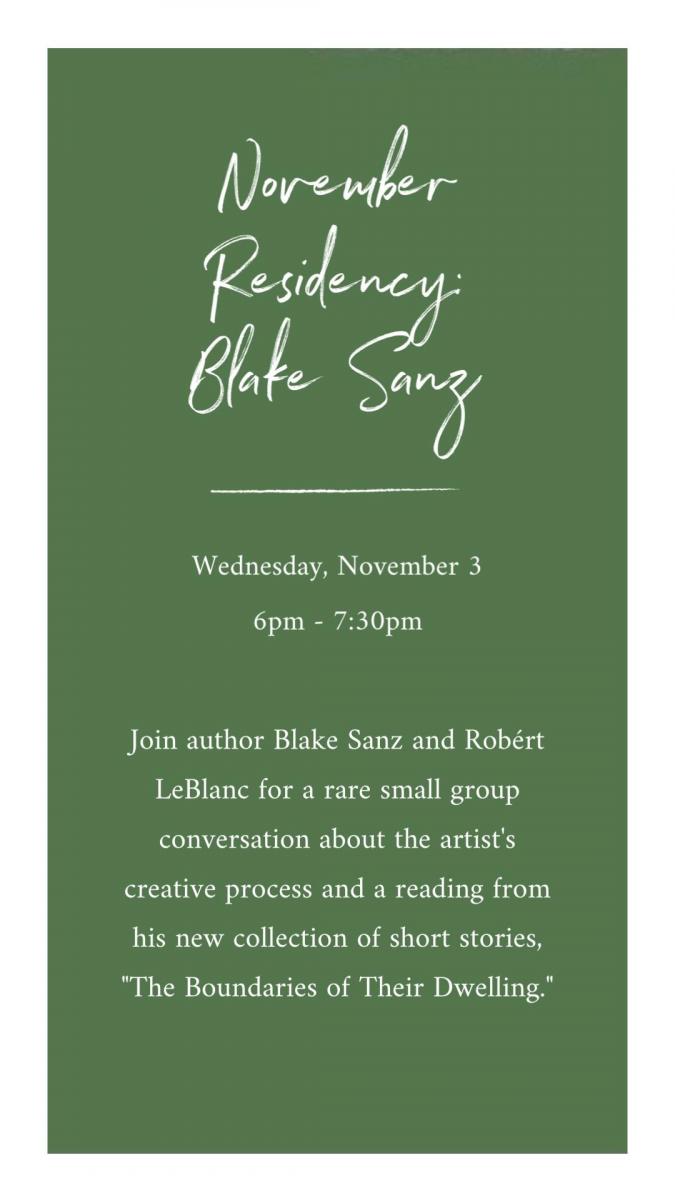 Join author Blake Sanz , Artist in Residency  and Robért LeBlanc for a rare small group conversation about the artist’s creative process and his new collection of short stories, The Boundaries of Their Dwelling, at The Chloe.

Seating is limited and on a first-come basis. We will have additional standing room to ensure all guests are accommodated during the event.

"The stories in Blake Sanz's The Boundaries of Their Dwelling, pivot on acute moments as the hilarious gives way to the painful, the painful to the beautiful, and the beautiful to the truth. The characters in these stories are not lifelike so much as they are alive, rendered warm-blooded and human by Sanz's pitch-perfect details and lucid prose. Here is a collection of dreamers young and old, all in search of home, family, love, a place where they can be fully themselves. It's a riotous collection of stories that together capture the tumult of what it means to be alive."

Moving between the American South and Mexico, these stories explore how immigrant and native characters are shaped by absent family and geography. A Chilanga teen wins a trip to Miami to film a reality show about family while pining for the American brother she's never met. A Louisiana carpenter tends to his drug-addicted son while rebuilding his house after a slew of hurricanes. A New Orleans ne'er-do-well opens a Catholic-themed bar in the wake of his devout mother's death. A village girl from Chiapas baptizes her infant on a trek toward the U.S. border.

The collection's second half follows Veracruzan-born drifter, Manuel, and his estranged American son, Tommy. Over decades, they negotiate separate nations and personal tragicomedies on their journeys from innocence to experience. As Manuel participates in student protests in Mexico City in 1968, he drops out to pursue his art. In the 1970s, he immigrates to Louisiana, but soon leaves his wife and infant son behind after his art shop fails. Meanwhile, Tommy grows up in 1980s Louisiana, sometimes escaping his mother's watchful eye to play basketball at a park filled with the threat of violence. In college, he seeks acceptance from teammates by writing their term papers. Years later, as Manuel nears death and Tommy reaches middle age, they reconnect, embarking on a mission to jointly interview a former riot policeman about his military days; in the process, father and son discover what it has meant to carry each other's stories and memories from afar.

At turns funny and wise, these stories investigate what it means to define oneself by blood in regions where, despite stark borders that constrict possibility and mold desire, the boundaries of identity remain mysterious and illuminating.

Blake Sanz is the author of The Boundaries of Their Dwelling , which won the Iowa Short Fiction Award. He has published fiction in Ecotone, Puerto del Sol, Fifth Wednesday Journal, and elsewhere. A native of Louisiana, a graduate of Loyola University and a former English instructor at Louisiana State University, he now lives in Denver, Colorado and teaches writing at the University of Denver.

The Boundaries of Their Dwelling (Iowa Short Fiction Award) (Paperback)