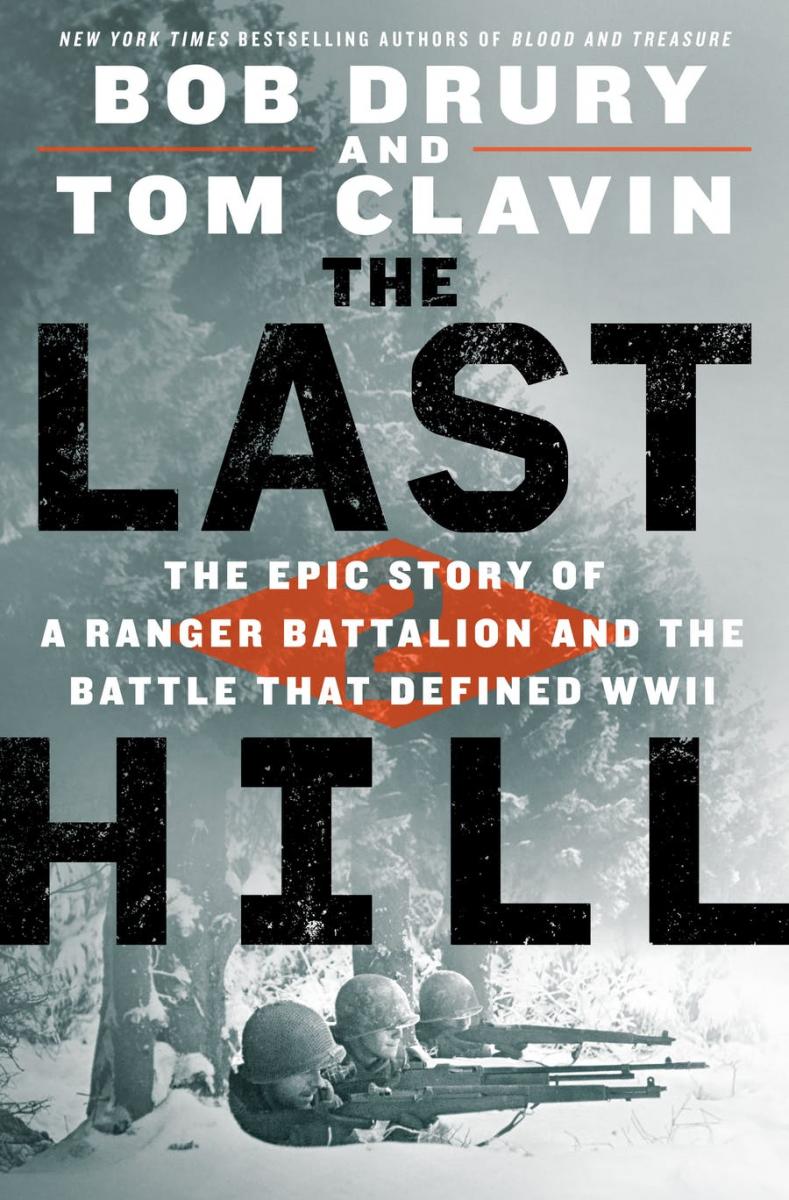 Author Event for Bob Drury  - The Last Hill: The Epic Story of a Ranger Battalion and the Battle That Defined WWII

The event will begin at 6:00 PM with a welcome reception followed by Drury discussing the story of The Last Hill and sharing his experience writing the book. He will then hold a brief Q&A followed by a signing.

Entrance to the event is free and registration is suggested. You may also purchase a book ticket for $30 that includes the price of the book plus eventbrite fees.

Additional copies will be available for purchase at The Garden District Book Shop.

The Garden District Book Shop is thrilled to host Bob Drury, co-author of  The Last Hill: The Epic Story of a Ranger Battalion and the Battle that Defined WWII, for an in-depth discussion and signing of his latest work on November 3. Drury and Tom Clavin's “The Last Hill” is the incredible untold story of one Ranger battalion's heroism and courage in World War II.

The Last Hill  focuses on the Rudder’s Rangers, the most elite and experienced attack unit the Army had at that time. In December 1944, they served as the spearhead into Germany, taking the war into Hitler’s homeland at last. Their colonel was given this objective: Take Hill 400. The second objective: Hold Hill 400. To the last man, if necessary. The battle-hardened battalion had no idea that the German Volks-Grenadiers, who greatly outnumbered the Rangers, had been given the same orders. The clash between the two determined forces was one of the bloodiest and most costly of World War II.

Drury and Clavin researched and wrote this untold story over several years to bring their subject’s rich history to life with propulsive readability. Once again availing themselves with contemporaneous journals, military diaries, After-Action reports, and archival interviews, Drury and Clavin tell the story of this heroic battalion in their signature immersive narrative style and vibrant prose. The Last Hill culminates in the moment-by-moment reconstruction of the Rangers’ decisive assault on the tallest, most strategic position deep in Germany’s Hurtgen Forest. The bloody, two-day firefight that followed pitted the battalion against elite German units who were determined to defend Hill 400 to the death.

All citywide-mandated COVID safety protocols will be in place

The Last Hill: The Epic Story of a Ranger Battalion and the Battle That Defined WWII (Hardcover)