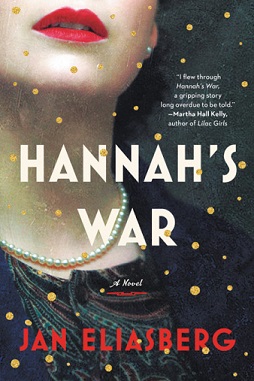 Cancelled - However, we will have signed bookplates.

Berlin, 1938. Groundbreaking physicist Dr. Hannah Weiss is on the verge of the greatest discovery of the 20th century: splitting the atom. She understands that the energy released by her discovery can power entire cities or destroy them. Hannah believes the weapon’s creation will secure an end to future wars, but as a Jewish woman living under the harsh rule of the Third Reich, her research is belittled, overlooked, and eventually stolen by her German colleagues. Faced with an impossible choice, Hannah must decide what she is willing to sacrifice in pursuit of science’s greatest achievement.

New Mexico, 1945. Returning wounded and battered from the liberation of Paris, Major Jack Delaney arrives in the New Mexican desert with a mission: to catch a spy. Someone in the top-secret nuclear lab at Los Alamos has been leaking encoded equations to Hitler’s scientists. Chief among Jack’s suspects is the brilliant and mysterious Hannah Weiss, an exiled physicist lending her talent to J. Robert Oppenheimer’s mission. All signs point to Hannah as the traitor, but over three days of interrogation that separate her lies from the truth, Jack will realize they have more in common than either one bargained for. 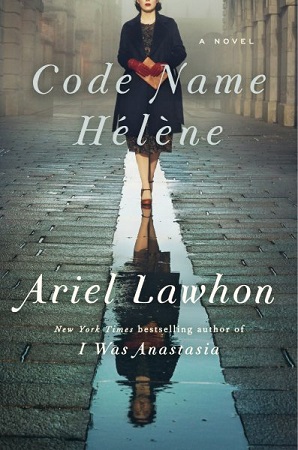 Based on the thrilling real-life story of socialite spy Nancy Wake, comes the newest feat of historical fiction from the New York Times bestselling author of I Was Anastasia, featuring the astonishing woman who killed a Nazi with her bare hands and went on to become one of the most decorated women in WWII.

Told in interweaving timelines organized around the four code names Nancy used during the war, Code Name Hélène is a spellbinding and moving story of enduring love, remarkable sacrifice and unfaltering resolve that chronicles the true exploits of a woman who deserves to be a household name.

It is 1936 and Nancy Wake is an intrepid Australian expat living in Paris who has bluffed her way into a reporting job for Hearst newspaper when she meets the wealthy French industrialist Henri Fiocca. No sooner does Henri sweep Nancy off her feet and convince her to become Mrs. Fiocca than the Germans invade France and she takes yet another name: a code name.