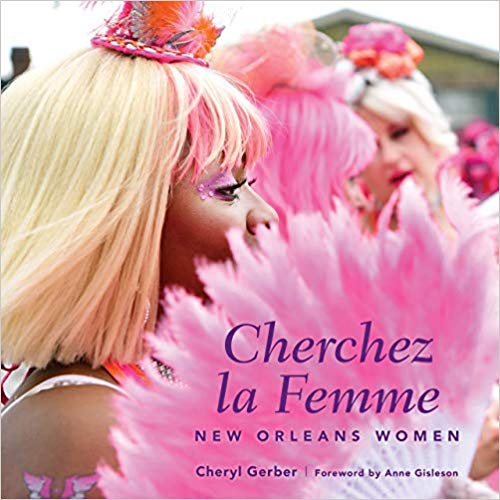 Alongside Gerber’s photographs are twelve essays written by female writers about such women as Leah Chase, Irma Thomas, Mignon Faget, and Trixie Minx. Also featured are prominent groups of women that have made their mark on the city, like the Mardi Gras Indians, Baby Dolls, and the Krewe of Muses, among others. The book is divided into eleven chapters, each celebrating the women who add to New Orleans’s uniqueness, including entertainers, socialites, activists, musicians, chefs, entrepreneurs, spiritual leaders, and burlesque artists.