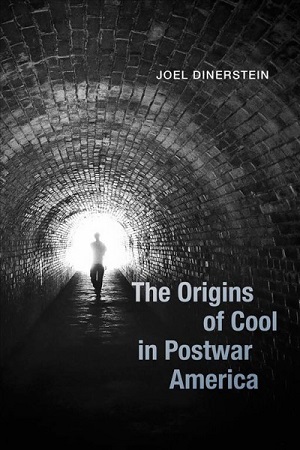 Cool. It was a new word and a new way to be, and in a single generation, it became the supreme compliment of American culture. The Origins of Cool in Postwar America uncovers the hidden history of this concept and its new set of codes that came to define a global attitude and style. As Joel Dinerstein reveals in this dynamic book, cool began as a stylish defiance of racism, a challenge to suppressed sexuality, a philosophy of individual rebellion, and a youthful search for social change.

Through eye-opening portraits of iconic figures, Dinerstein illuminates the cultural connections and artistic innovations among Lester Young, Humphrey Bogart, Robert Mitchum, Billie Holiday, Frank Sinatra, Jack Kerouac, Albert Camus, Marlon Brando, and James Dean, among others. We eavesdrop on conversations among Jean-Paul Sartre, Simone de Beauvoir, and Miles Davis, and on a forgotten debate between Lorraine Hansberry and Norman Mailer over the "white Negro" and black cool. We come to understand how the cool worlds of Beat writers and Method actors emerged from the intersections of film noir, jazz, and existentialism. Out of this mix, Dinerstein sketches nuanced definitions of cool that unite concepts from African-American and Euro-American culture: the stylish stoicism of the ethical rebel loner; the relaxed intensity of the improvising jazz musician; the effortless, physical grace of the Method actor. To be cool is not to be hip and to be hot is definitely not to be cool.

Joel Dinerstein in conversation with Maurice Carlos Ruffin, discussing The Origins of Cool in Postwar America. Joel will sign books following the discussion.