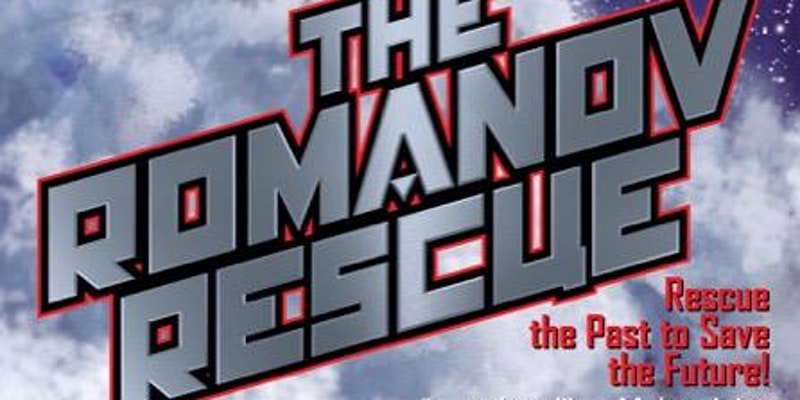 The Garden District Book Shop is partnering with Baen Books to celebrate the release of the alternate history book The Romanov Rescue.

The Garden District Book Shop is partnering again with Baen Books to celebrate the release of the alternate history book The Romanov Rescue. The Romanov Rescue is the latest novel from the master of military history Tom Kratman with Justin Watson and Kacey Ezell. Looking back on the hundredth anniversary of the execution of the Russian royal family, Kratman asks the question, ``What if the plot to save Nicholas II had gone forward?”

The book event and signing is open to the public and will be hosted on Veterans Day. Kratman himself is a Veteran of the Army’s 7th Infantry and Watson graduated from West Point and served as a field artillery officer, completing combat tours in Iraq and Afghanistan. The Garden District Book Shop is honored to celebrate their service and literary work on Veterans Day. The authors will be in attendance and walk guests through the world of The Romanov Rescue and share insights from the book. The discussion will be followed by a in depth Q&A segment and there will be an opportunity for guests to have their books personalized by Kratman himself. Those interested in registering to guarantee a seat can do so at Eventbrite.

The story begins as WWI comes to a close and a German general, an escaped prisoner of war, and the crew of an airship converge to execute the Romanov Rescue. It is the beginning of 1918, the last year of the greatest war in human history, to date. All the belligerents stagger on their feet. Starvation is an ever present reality, while disease waits in the wings. In Russia, no longer belligerent but, instead, rapidly descending into civil war and chaos, a lone family—Father, Mother, four beautiful young girls, and a brave but sickly boy—await their own fate, shivering and hungry in the dark, hoping and praying for salvation.

Their relatives in England have turned their backs. The guards set over them do little but torment them. They look Heavenward, but God doesn't answer. They know they're a threat to the new regime, a threat that will, in time, be eliminated.But even the strongest fabric has flaws. An escaped prisoner of war, caught, injured, and punished, but still highly capable, might be one. An airship, returned and at loose ends after a failed mission to Africa might be another. A German general, taking a wrong turn on his nightly walk and suddenly coming face to face with the reality of the monster rising in the east, would be a third.Follow, then, as the general gives the orders, the prisoner of war raises the men from among his fellows, and the airship launches itself forward, to contest fate, to tear the fabric of time, and to effect The Romanov Rescue.